Pollution does not favor the spread of Covid: the Cnr study

The first wave of the pandemic affected mainly northern Italy. Experts wonder why, but a role of smog should be ruled out 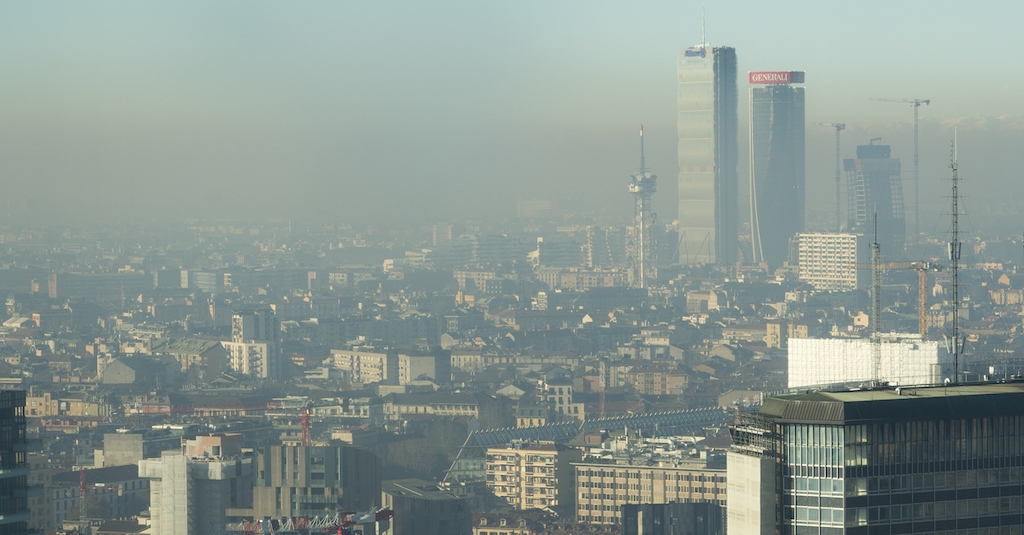 Milan in the smog

Bergamo in the smog

Instead it is there, oh dishonest ones from all over the world Combustion of methane with production of CO2 released into the streets and squares of my <I - 90013 Castelbuono> and all of Italy, except Alto-Adige / Sudtirolo, with the strong point of the South Center, + "radon" gas are second valid scientists whose mouths have been shut, as generators of the COVID pendemia and other disasters to come that will accompany the tortuous path of our (and not only) planet, if if the ways to protect the environment do not change, build the houses on a human scale and scale, making cars move by electric motors. Vaccination in the manner proposed by certain strategists is a bluff. We need other vaccines and, above all, to deepen the study of Ethics according to the philosopher of Königsberg: Immnuel Kant Kant.

I mentioned the emission of CO2 in the public spaces of my Castelbuono and throughout Italy. How did the shame happen? Meanwhile, due to the asinism of self-styled engineers and architects baked by self-styled Italian universities and then the dishonesty and complicity of parasitic but well-paid politics, with dirty industrial capitalism that continues to think of itself and not of the common good in the production of machinery and materials for the home and for industry, in its various articulations.

Am I wrong, dear Italian Facebook pasradan, or am I writing a certain truth? Contradict me with evidence of fact if I am wrong.

Yes, Castelbuono as an Italian metaphor. The boilers for the production of domestic heating and hot water were mounted at eye level on the external walls of the residential buildings of the "terraced" townhouse recurring in the building fabrics of the "closed" type of the city. Italian historian.

To produce domestic heating and hot water, methane was used: a colorless, odorless, flammable gas. Methane (CH4) is insoluble in water which forms explosive mixtures in contact with air. It burns with a bluish light flame in the presence of sufficient oxygen to produce carbon dioxide (CO2) and water. I don't go any further. The poisonous exhaust gas (CO2) has not been, and is being introduced, as prescribed in the serious and orderly Germany by the "regional" building regulations (public building law), into special flue pipes in "stainless steel" sheet, for the outside, or in fireplaces built in a workmanlike manner and controlled by qualified and authorized "chimney sweeps" (a figure born in medieval Venice), for the inside. ducts up to approx. 60 cm beyond the ridge line of the buildings. None of this in the chaotic and corrupt Italy of <you eat and I eat too> which in the encrusted conditions in which it finds itself will have to manage a Recovery Fund which, perhaps, will see the twilight. Therefore public space <common good> used as a carbon dioxide dump in the silence of malapolitica, Councils and (dis) professional orders of archh., Ingg. (all doctors and deott. sse of the "c.. .o") and geomm. (these simple and graduates), municipal technical offices crammed with ignorant and nothing.

Who will have to investigate, in the meantime, to provide the judiciary with evidence of a similar attack on the health of citizens and open the doors of the cells in which to serve 45 trio years for politicians and representatives of the institutions of the Republic born from the fight against Fascism and seize their assets accumulated in 75 years of underworld? Certainly not GdF and CC., Who have given, and continue to give, proof of their "purity". All that remains is the humble Police to whom to entrust everything and, if necessary, also the fight against tax evasion, while the armada corps, divisions, brigades, groups and subgroups of officers with lavish end-of-service "bonuses", and their children., being the weapon only that constituted by the diligent non-commissioned officers and carabinieri, deliver, with all the necessary reservations, the defense of the homeland and its borders.

At this point I ask myself, and I also ask for the purposes of the jurists Mattarell and Conte, how to regulate the fact in my Castelbuono, a metaphor for the misdeeds consummated, and which continue to be consumed, throughout Italy?

We are not in the presence of a shame of immense dimensions that brings into play the smog pollution of all the cities of the world and of Milan, the moral capital of "this" Italy, in addition to opening the still closed book on the real and authentic causes of the pandemic for Sacra Corona-COVID and not for alleged international conspiracies. <What to do?> Lenin would ask himself once again.

His recipe adopted for the Tsar and Family and the exploiters of the people, without yet approaching certain recipes of the <primo> Fascism could provide some good inspiration in homage to the essay: extreme cures for extreme evils to be able to eradicate them.

In the meantime, let's savor the shame of and in mine <I-90013 Castelbuono> in the certainty of someone's tears, what a "cry" of bitter tears must be, if we want to restore dignity to Justitia and honor to Italy.

To the causes of COVID - as a universal pandemic from which it will not be easy to get out of it due to the arrival of other pandemics wanted by homo aeconomicus and imposed by dishonest industrial and state capitalism - that Facebook pasradan provide at the service of the world dome of the underworld .